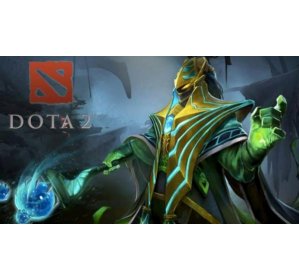 TIPS FOR BETTING ON DOTA 2

After understanding the guides to DOTA 2 Betting, we will of course provide you an article on the tips for betting on Dota 2. This is not the exact tips on how to win while betting on Dota 2 but a guidance of which team and what kinds of bet you should bet on with your experience on Dota 2.

Looking at a team’s previous results, current form, team head-to-head results and whether they are playing with a stand-in or have recently undergone a roster change is important for determining a team’s strength.

Teams in the SEA, CIS and NA regions tend to undergo a lot of roster changes, so keeping an eye out for this is important.

As with most esports, DOTA 2 has a meta that changes throughout the year. The meta affects which heroes and items are most effective at that time, the pacing of the game and the map geography.

Changes in meta can greatly affect the performance of a team – some teams will be better suited to the current meta than others. Some teams perform very well immediately after a new patch is release, others take more time to adapt.

If a new patch has just dropped, it’s not uncommon for previously successful teams to struggle for a while before learning the new meta. Upsets become more common when the best strategies for the current meta haven’t been figured out yet.

There can be a big difference between DOTA 2 matches that are played on LAN – on stage at tournaments – and those played online.

LAN tournaments are preferable for competitive play as they provide the perfect playing environment for the best teams to thrive. Teams have to deal with the pressure of a crowd, but they will have trained for several months towards that one tournament.

Online matches are usually played from the comfort of the home, and can feature ping issues that put certain teams at a disadvantage. Upsets are generally more common in these conditions.

North America is a weak region in DOTA 2 esports, with Evil Geniuses being their only strong team.

South American teams have a distinctly chaotic playstyle, meaning there is a larger potential for upsets when they are involved.

The draft is the single most important factor in determining results before the match starts. This determines the hero lineup for each team.

The abilities of each hero, power spikes (how strong a hero is at a certain time in the game) and how they synergise with each other will help inform the following: