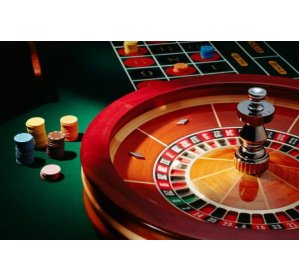 Ways to bet on Roulette

A roulette wheel consists of a spinning disk with divisions around its edge that revolves around the base of a bowl. A ball is spun around the outside of the bowl until eventually ball and wheel come to rest with the ball in one of the divisions.

The divisions around the wheel are numbered from 1 to 36 in a seemingly random pattern and alternate red and black. Additionally, there is a green division numbered 0. On American tables only there is a second extra green division marked 00 and it is largely this that makes the American version of Roulette a worse proposition financially than the European game.

Much of the interest in Roulette derives from the the number of different bets that can be made and their associated odds. The basic bets are the same for all forms of modern Roulette. Below are a list of basic bets (both the English and French terms are listed):

These are the basic bets that are placed commonly by players. Don't just read and leave! Make sure you get to give yourself a chance to try out GDWON333's live casino platform today so that you'll know the difference between French & English Roulette!
❄
❅
❆
❄
❅
❆
❄
❅
❆
❄